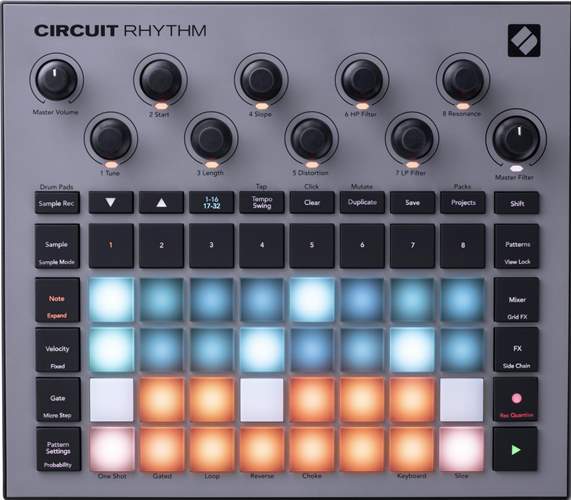 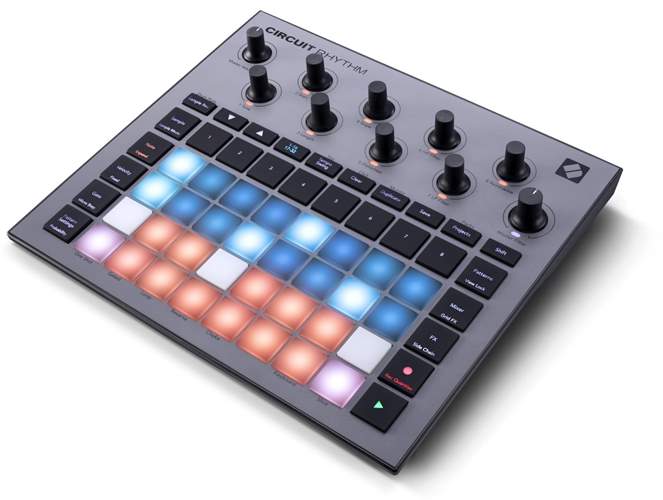 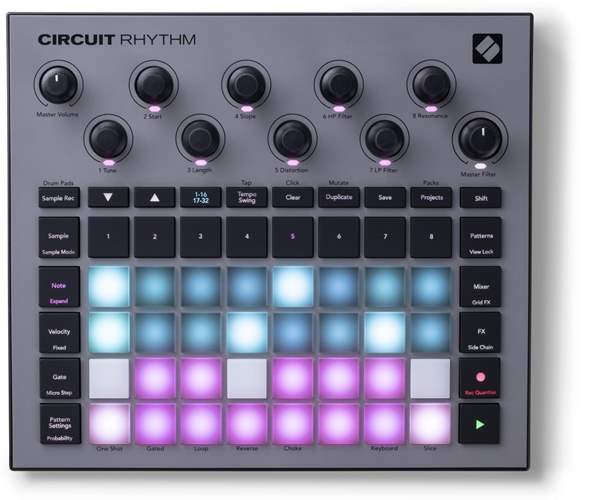 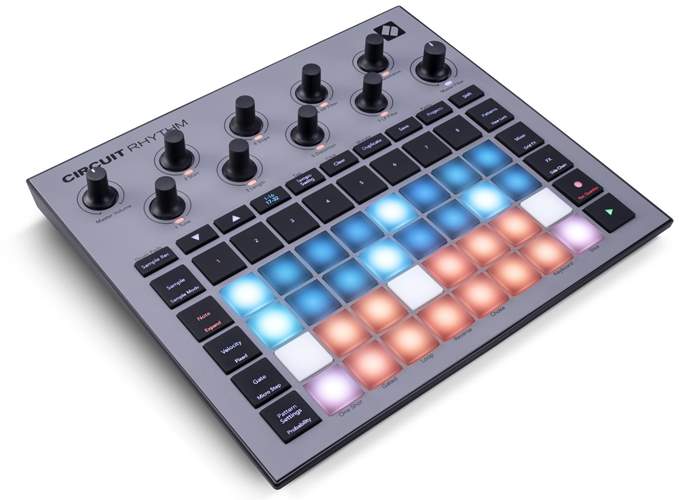 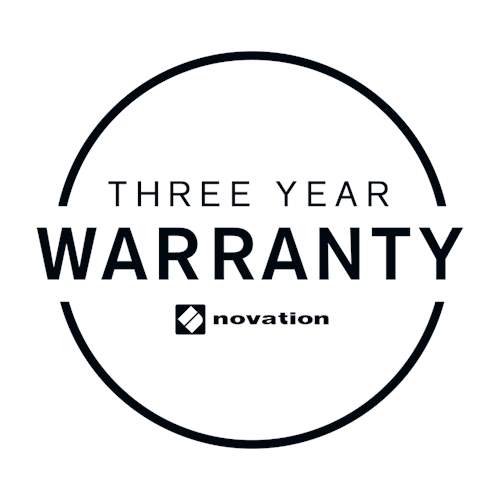 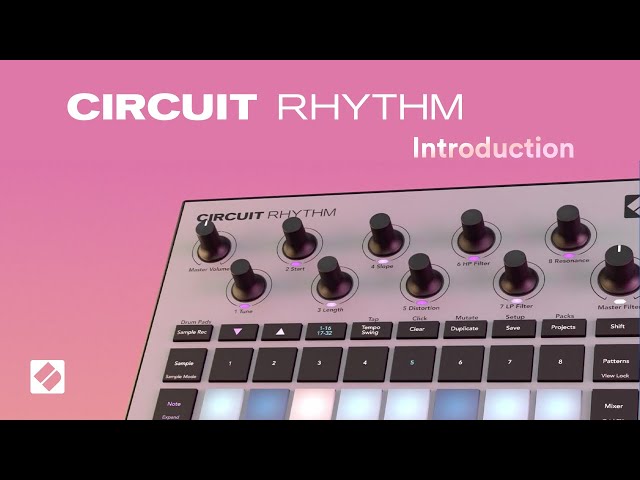 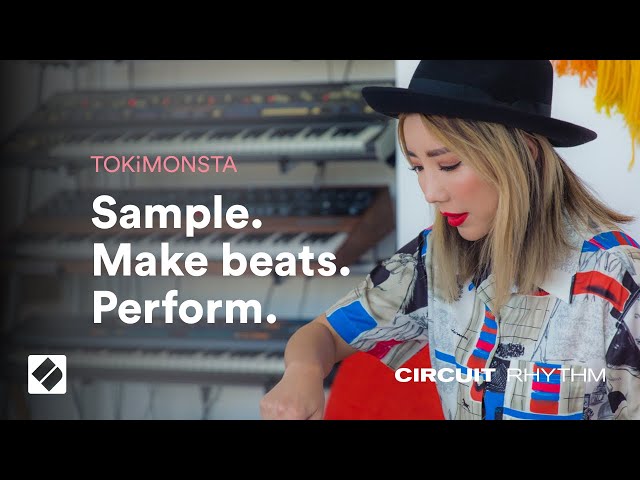 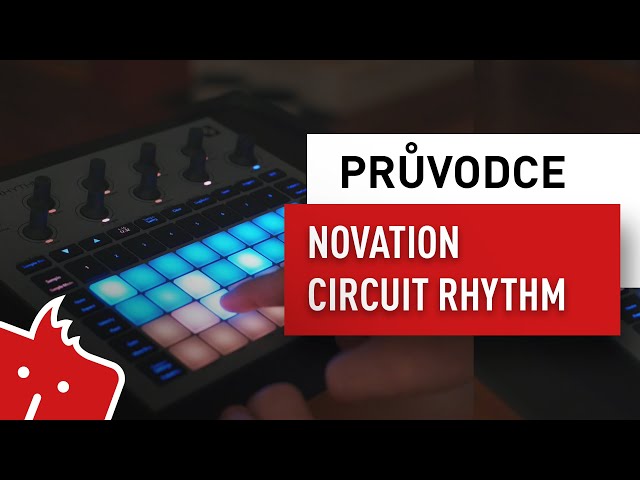 Jelenleg nem áll rendelkezésre a leírás magyar nyelven. Elolvashatja a leírást angolul.
Circuit Rhythm is a powerful and versatile sampler for making and performing beats. Using the deeply intuitive, screen-less top panel, beatmakers can record samples directly to the hardware, then slice, sculpt and resample those sounds effortlessly. Played-in grooves can be quantised or captured off-grid by the sequencer, and layers can be built up across eight sample tracks. Live sets come alive with performance FX: players can embrace imperfection with vinyl simulation, and use beat repeat to stutter and chop up the main mix (and more). For studio-based creators, Circuit Rhythm can be integrated into any MIDI-enabled studio rig. Or it can be unplugged for creation anywhere, using the built-in rechargeable battery.

We anticipate Circuit Rhythm being extremely popular, due to the strength and loyalty of the Circuit community, and due to the popularity of Circuit Tracks. Circuit Tracks has already received countless praise from groovebox fans across the industry. Within the first week of launch alone, Novation Circuit has seen a 20% higher peak in Google searches¬– the highest peak in Circuit’s history. There’s no doubt that Circuit Rhythm will become another beloved favourite among music makers and live performers.