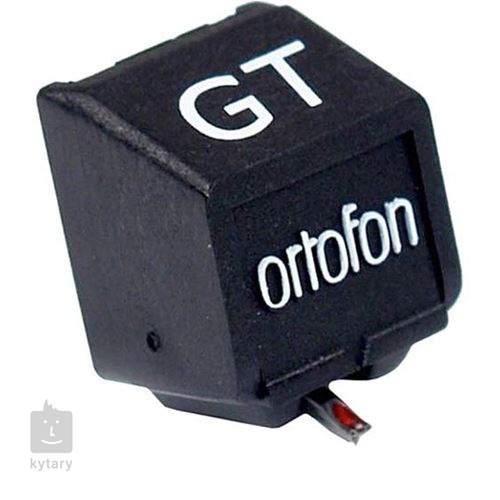 További hasonló
Jelenleg nem áll rendelkezésre a leírás magyar nyelven. Elolvashatja a leírást angolul.
GT was developed by Ortofon in close co-operation with SWS Audio GmbH. The cartridge was named "Great and Tough" and was based on the construction of the well-known Ortofon Series 500 design - mend for standard half inch mounting - in a black housing with white printing.

The vital parts in the GT are based on a very robust and reliable parts used in Scratch. Further, during development of GT, efforts were also concentrated on supplying a very high output of 8 mV and improvement of frequency response to give higher resolution and sound image.

Tracking avility is decisive for the DJs especially when scratching and back-cuing. In this situation raise of tracking force could be an immediate, but in many cases not very effective solution. The reason is that the antiskating adjustment, if not at a very moderate level, will double the skating effect when back-cuing.

As a rule, never use more than half of normal antiskating related to the tracking force! To make GT even more resistant against violent handling, such as drop or touch of fingers, we have made a rubber suspension of the cantilever even more rigid against axial pull.