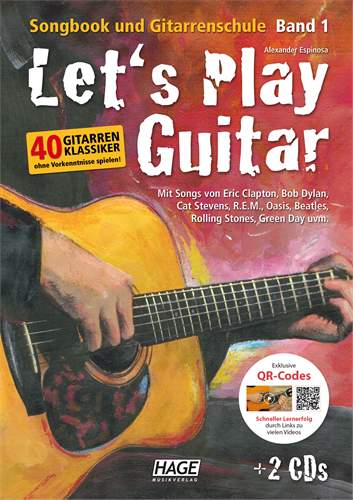 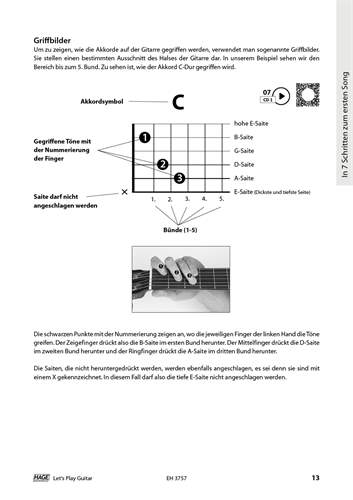 Jelenleg nem áll rendelkezésre a leírás magyar nyelven. Elolvashatja a leírást angolul.
Playing the guitar has never been so easy: This jam-packed songbook contains 40 world-famous guitar classics that any beginner can quickly learn without any prior knowledge. The most important techniques of the backing guitar are clearly and easily explained in the course of the songbook. Let's Play Guitar is ideal for self-study, lessons or as a songbook.

The unique method leads you to the first guitar classic in just seven steps and seven introductory songs. The first chord exercises and songs are explained and played in detail in many videos that you can easily play via QR code on your smartphone or tablet so that you can make rapid progress. With every song you expand your knowledge. Short learning units await you between the songs, in which you can further develop your skills.

The songbook contains great rock classics by Eric Clapton or the Beatles, world-famous campfire songs by Simon & Garfunkel or Bob Dylan and current pop songs by Eagle Eye Cherry and Joan Osborne. The songs are sorted by difficulty and adapt to your skills. All the songs on the CDs were elaborately produced especially for the book with guitar and vocals. So you can play along with the CD right away. Since you learn all the songs in the original key, you can also play along with the original.